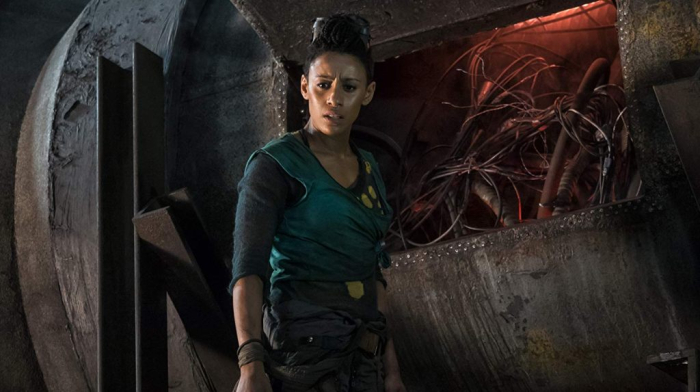 There was a time and place for 2012’s “Iron Sky.” It was a nutty creation from director Timo Vuorensola, who mounted an elaborate fantasy with limited coin, placing focus on visual effects and a farcical plot that had Earthly forces encountering the wrath of Moon Nazis, leading to all-out war. It was cheeky, making fun of easy targets with help from its alternate timeline plot, and the helmer also enjoyed a chance to pants taboo subjects, including power plays from a space bound Third Reich. “Iron Sky” wasn’t sharp but it was amusing, a showy trifle made for cult movie appreciation. There was no need for a sequel, but nobody explained that to Vuorensola, who returns with “Iron Sky: The Coming Race,” which attempts to double down on absurdity and CGI while lacking a crucial sense of surprise. The follow-up is noisy and unfunny, still pawing at the same obvious political targets while expanding its capacity for mayhem, hoping to wow viewers instead of tickle them with relentless absurdity. Read the rest at Blu-ray.com