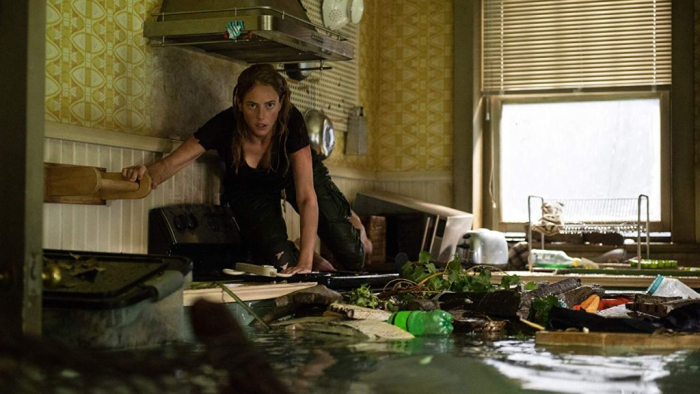 We’ve been inundated with shark films in recent years, with the fish a top predator for movie studios trying to frighten audiences with something more than just another slasher offering. Rarely is there a killer alligator endeavor, giving director Alexandre Aja a chance to do something against the trend with “Crawl,” which takes viewers into the middle of a hurricane that sets the scene for a deadly battle between human and reptile. Aja’s been in this situation before, helming the delightful 2010 remake of “Piranha,” and he’s returned without a campy approach, treating the central survival tale with some degree of seriousness, while his gifts for water-based suspense and creeping terror remain intact. “Crawl” isn’t light or particularly revolutionary, but it’s short, slick, and offers plenty of satisfying scares. Read the rest at Blu-ray.com