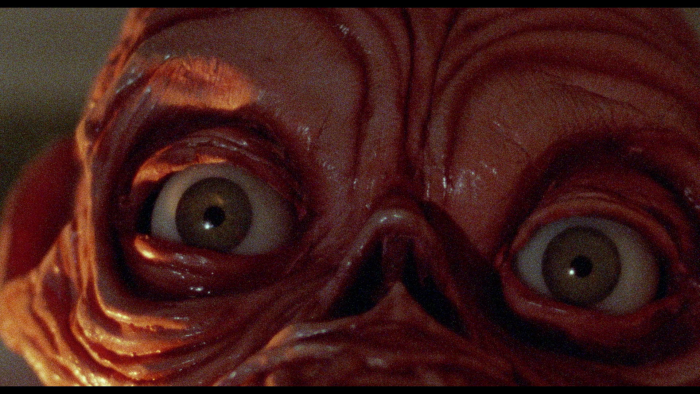 It's amazing that 1989's "The Suckling" isn't a Troma film. For whatever reason, the tiny studio that lives to release garbage/cult cinema passed on or perhaps wasn't even offered the feature for release, which seems like a distribution crime. Writer/director Francis Teri appears to have the Troma mood in mind for this endeavor, which explores the rampage of an aborted fetus infected with toxic waste, growing into a monster that sets out to kill everyone inside an abortion clinic/brothel. While I'm sure such a premise seems like bottom-shelf gold for some audiences, Teri, making his directorial debut, is way out of his depth with "The Suckling," which looks cheap and plays dumb, trusting in the little shock value it has to keep viewers entertained. The effort never had a shot at being fun, but exciting and amusing were on the table, and Teri doesn't bother to get the material to a place of B-movie insanity. Read the rest at Blu-ray.com