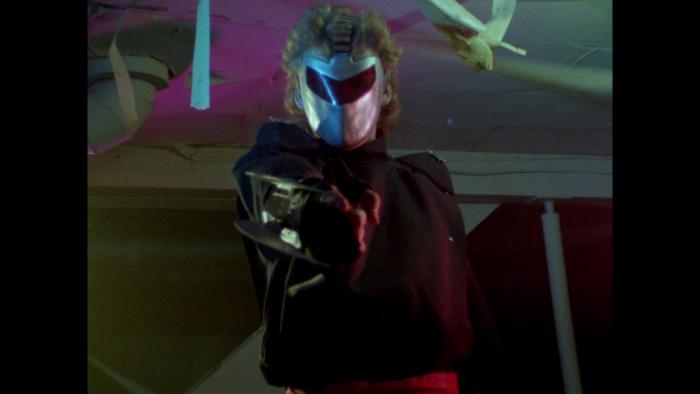 After dealing with zombies in his previous film, "The Dead Next Door," writer/director J.R. Bookwalter takes on the world of comic books in 1989's "Robot Ninja." Such a title promises an outrageous camp-fest, but Bookwalter isn't in any mood to screw around, getting past a case of the giggles in the first act of the movie, moving into fairly dire psychological areas as the story unfolds, ending up with an incredibly heavy endeavor about a costumed vigilante. There's tonal bravery and a desire to do something gritty with no-budget entertainment, but consistent tonality eludes the production, which does remarkably well with introductions, but soon doesn't have anywhere interesting to go. Read the rest at Blu-ray.com