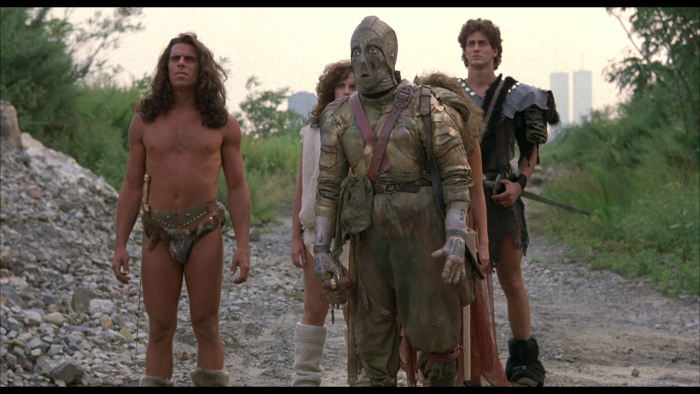 1986's "Robot Holocaust" is a B-movie that's not terribly concerned with protecting storytelling balance. The first half of the feature is one long exposition dump, with writer/director Tim Kincaid laboring to create a futureworld where the Earth is ruined, robots rule, and a new hope is offered with a band of warriors trying to defeat a series of villains. There's much world-building to sort through, necessitating a narrator to help with the heavy lifting, as Kincaid has no throttle when it comes to the speed of new information whipped at the viewer. The second half of the picture is almost completely devoid of storytelling, with the helmer trying to pay off patience with his extended identification game by issuing battle sequences and lengthy shots of travel around a single location. One side of "Robot Holocaust" has everything, the other has nothing. It's a bizarre effort to begin with, but such top-heavy filmmaking disrupts the obvious fun factor of the low-budget extravaganza. Read the rest at Blu-ray.com