Blu-ray Review - In the Cold of the Night 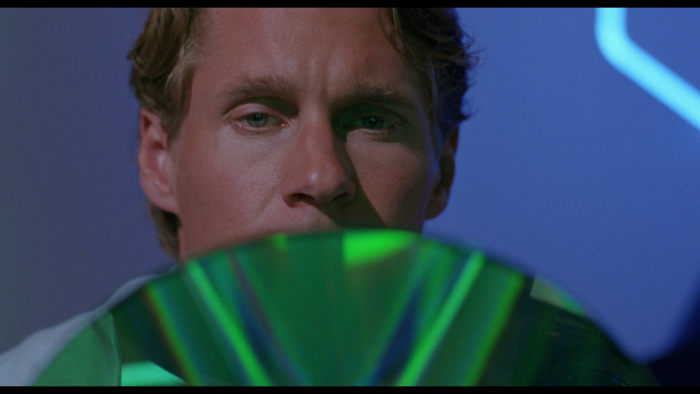 Two months ago, I reviewed "Blind Date," a 1984 thriller from director Nico Mastorakis. The plot concerned a young man who lost his sight, regaining it through help from electronic equipment, but also inheriting an ability to see horrible visions of murder. For 1990's "In the Cold of the Night," Mastorakis returns to a similar plot, exploring the mental breakdown of a man who's cursed with visions of homicide, setting out to decode exactly why he's experiencing such horrors. For the prolific helmer, such recycling is to be expected, but with a return to a familiar premise comes less adventurousness, as Mastorakis is aiming "In the Cold of the Night" in an erotic chiller direction, striving to pack in as much sex and nudity as possible (the picture is rated NC-17), with thrills and spills a lesser priority for the production. Mastorakis isn't a refined cinema architect, leaving polish and dramatic consideration a pipe dream, but for those who prefer plenty of skin to go with mild suspense, this feature delivers, showing more enthusiasm for bedroom antics than anything else it covers. Read the rest at Blu-ray.com