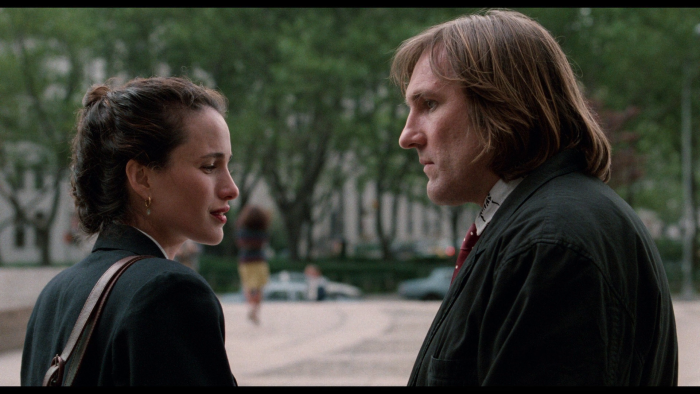 In 1989, writer/director Peter Weir made "Dead Poets Society" for Disney. A somewhat intense drama, the film was released during the summer season, with the company scrambling to find a way to get audiences to see it, focusing intently on the star power of Robin Williams, emphasizing his few comedic scenes in the picture. The actor's change of pace and pure, uncut word-of-mouth turned "Dead Poets Society" into a major hit (the 10th highest grossing movie of the year), giving Weir a chance to make whatever he wanted to. And he chose "Green Card" as the follow-up, returning to the comfort of Disney and their willingness to take a chance on the American screen debut of French actor Gerard Depardieu, giving him a shot to portray warmth and mischief in a romantic comedy. While a respected actor, Depardieu is not easily tamed, giving Weir the unenviable task of softening a hardened screen presence. Read the rest at Blu-ray.com