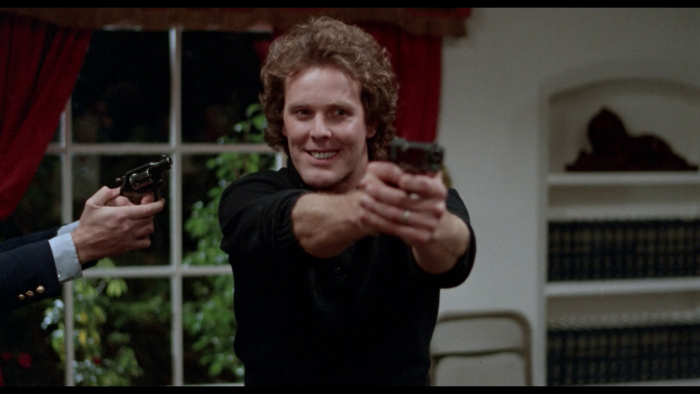 Hollywood is always on the hunt for new action stars. The industry loves to get in on the ground floor with a fresh hero, presenting the chance to grow with the actor, making a small fortune as popularity blossoms. Such a spotlight was positioned on Wings Hauser for a little while in the 1980s, sending the actor through numerous genres to see what he's capable of, reaching thespian limits quickly. His supercop phase included 1983's "Deadly Force," which puts Hauser behind the wheel of his own starring vehicle, tasked with projecting toughness as an ex-lawman chasing after a serial killer prowling the corners of Los Angeles. Hauser comes ready to play, delivering a performance that's 100% committed to the cause, going all wild-eyed and big-nostriled for the film, which doesn't always reward such impressive concentrated on leading man authority. "Deadly Force" doesn't maintain steady thrills, instead pausing often to deal with a central mystery that's not as profound as the production hopes. Hauser doesn't necessarily deserve better, but this kind of movie is always best with its brake lines cut, and director Paul Aaron doesn't trust the wonders of such cinematic velocity. Read the rest at Blu-ray.com