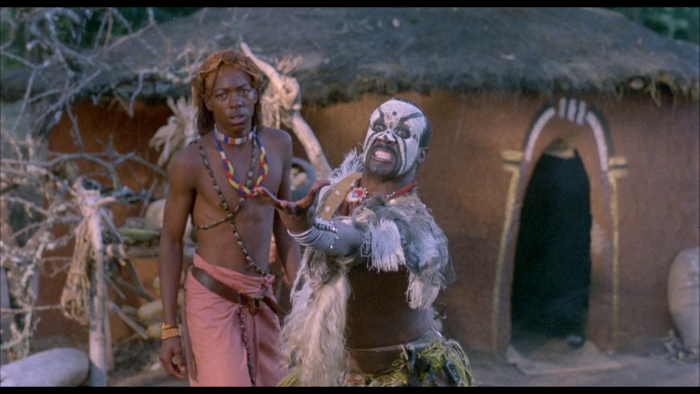 "Curse III: Blood Sacrifice" isn't really "Curse III: Blood Sacrifice." According to the main titles, the picture is actually called "Panga," with the whole "Curse" connection cooked up by shady producers looking for anything familiar to horror fans to help sell their dismal African monster movie. Those expecting a return to the world of "The Curse" are going to be disappointed in the second sequel, which joins the first sequel ("Curse II: The Bite") in a weird display of industry chicanery, where three features bearing the same title having nothing to do with one another. Such a situation of marketing three-card Monte would be more amusing if "Panga" was any good, but director Sean Barton (in his one and only helming gig) doesn't do much with the basics of supernatural and reptilian frights, assembling a largely uneventful chiller that sets some kind of record for most chases in a sugarcane field. Read the rest at Blu-ray.com