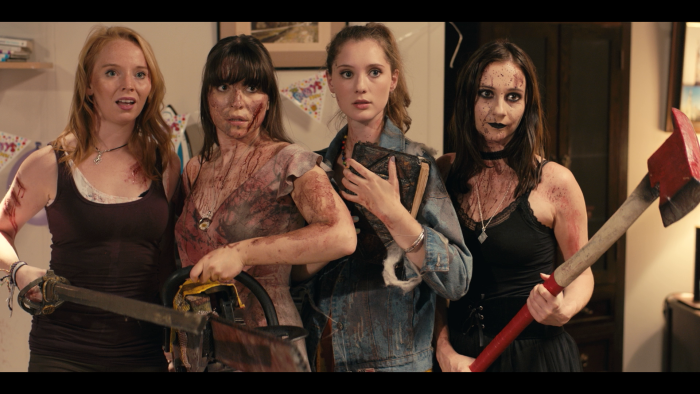 Director Stewart Sparke and writer Paul Butler love horror movies from the 1980s. Such fandom inspires every frame of "Book of Monsters," which plays like a blend of John Carpenter and "Evil Dead," with the production attempting to whip up a genre mess that's wet with blood, littered with demons, and propelled by act of self-defense. Sparke doesn't have much money to realize his vision, so he keeps things scrappy, endeavoring to pay tribute to the helming gods and define his own sense of anarchy, which gets the picture on its feet, but doesn't take it far enough. Read the rest at Blu-ray.com