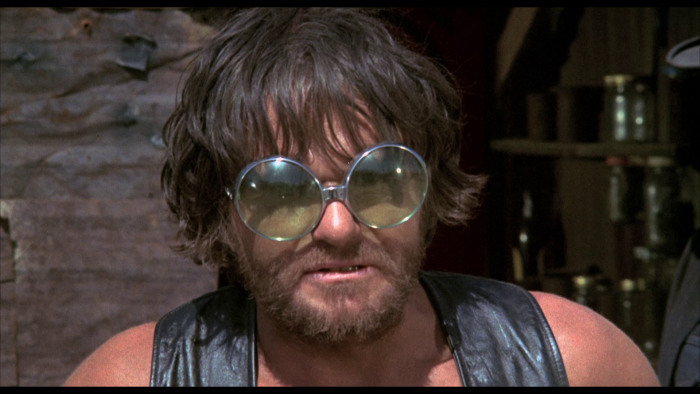 In the grand scheme of biker cinema, 1970's "Angel Unchained" is one of the few to present the conflicted nature of a motorcycle-riding menace who finally, after years of troublemaking and violence, just wants to experience life as a hippie. It should be a complex characterization, following one man's desire to leave his past and embrace something of a future, and Jeffrey Alan Fiskin's screenplay almost gets there, helped along by an invested lead performance from Don Stroud. "Angel Unchained" doesn't stay within the boundaries of intense introspection for long enough, often distracted by the needs of the subgenre, which demands lots of roaring motorcycles, dangerous dudes in leather, and, for some reason, a healthy dose of destructive mischief. The picture could use stronger concentration on primary dramatic elements, but as steel westerns go, the effort has a fiery temper and a sense of tragedy, slipping in small offerings of horror between broad action and reactions. Read the rest at Blu-ray.com