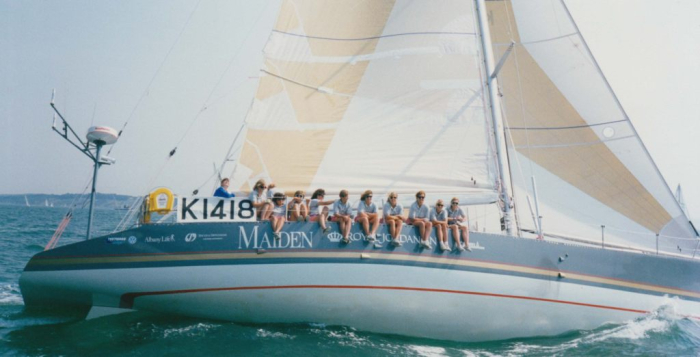 2019 represents the 30th anniversary of the 1989 Whitbread Around the World Race, a yachting competition that was known for attracting the titans of the sport and the inclusion of the Maiden, the first all-female team to join the event. Being such a unique offering in the line-up, the Maiden attracted plenty of attention at the time, and now there’s “Maiden,” a documentary examining the development of the boat team and the determination of its troubled skipper, Tracy Edwards. Director Alex Holmes (“Stop at Nothing: The Lance Armstrong Story”) reunites the squad for an examination of the Maiden experience, presenting an overview of physical hardships and psychological weariness, but also plenty of uppercase sexism, with the male-dominated sport not exactly willing to give Edwards the respect she deserved. It’s a story of empowerment and achievement, but Holmes also tries to keep sporting suspense alive in “Maiden,” making the race and its punishing legs a major element of the feature. Read the rest at Blu-ray.com