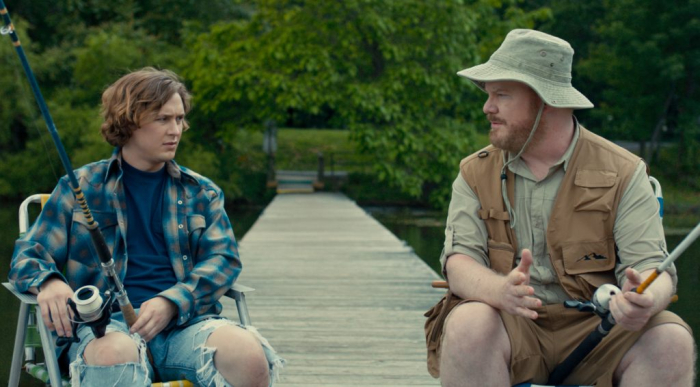 Jim Gaffigan isn’t normally found in leading roles. The popular comedian is typically in charge of support, offering strange cameos and small turns in various comedies. “Being Frank” is a full test of his skills as an actor, handed a complete arc to communicate in a film that’s often very silly, but also hoping to be sincere with its study of parenthood and the shifting nature of family. Writer Glen Lakin delivers a picture primed for farcical turns, but it’s a hesitant screenplay, never fully comfortable with being ridiculous, while director Miranda Bailey aims to support whatever mood the movie finds itself in. Gaffigan’s the feature attraction here, and he’s good with what he’s offered, given a rare shot to play a semi-normal human being, and he makes his moments count, lifting “Being Frank” when it periodically becomes a drag. Read the rest at Blu-ray.com