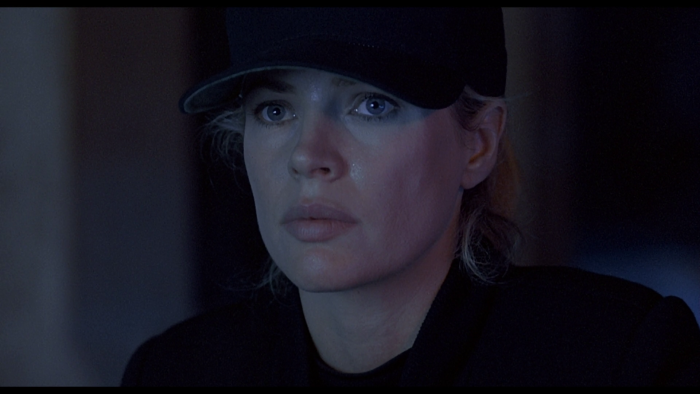 It's easy why 1993's "The Real McCoy" was made. It's based on a novel Desmond Lowden and offers actors meaty parts concerning the anxieties of economic and criminal entanglements, unfolding with Georgian thickness as a battle of wits plays out during the preparation and execution of a bank robbery. It's also a heist movie, which are traditionally easy sells, gifting audiences a chance to spend time with master thieves as they figure out ways to separate piles of cash from their vault home. However, "The Real McCoy" doesn't have much in the way of dramatic firepower, handing the lead role to Kim Basinger, who's never been one to project on-screen authority, and the director is Russell Mulcahy, then a mere two years past his nearly career-ending work on "Highlander II: The Quickening." The puzzle makes sense, but the pieces don't fit in the picture, which spends more time laboring through tedious confrontations than it does with snappy acts of thievery. It's clear the feature is trying to do something with its collection of irritable characters and personal connections, but Mulcahy doesn't get the effort out of first gear, settling on flatness when the material deserves more excitement. Read the rest at Blu-ray.com