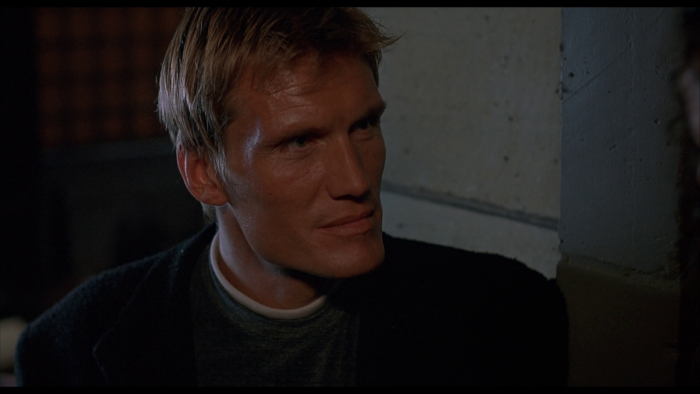 1998's "The Minion" attempts to cash-in on millennium fever, imagining a futureworld of 1999, where global temperatures are rising, unrest is taking over the world, and the countdown to the year 2000 begins. It's a tight timetable for the picture, which hopes to communicate an apocalyptic scenario a year before such an event is about to take place, but thinking ahead is not one of the feature's strengths. In fact, there are no strengths in "The Minion," with pits Dolph Lundgren against Wendigo, an evil force who's been locked up for centuries, itching to be released and bring utter destruction to Earth. While it sounds like a proper DTV romp, director Jean-Marc Piche doesn't have a vision for such low-budget combat, in charge of detailing a laborious script by Matt Roe and Ripley Highsmith, which drags along the ground, carrying heavy amounts of exposition, leaving little time to focus on the most important part of the package: Lundgren fighting monsters with a spiked glove. Such diversions are few and far between in this dud, which promises the end of the world, but doesn't have a plan to get there. Read the rest at Blu-ray.com