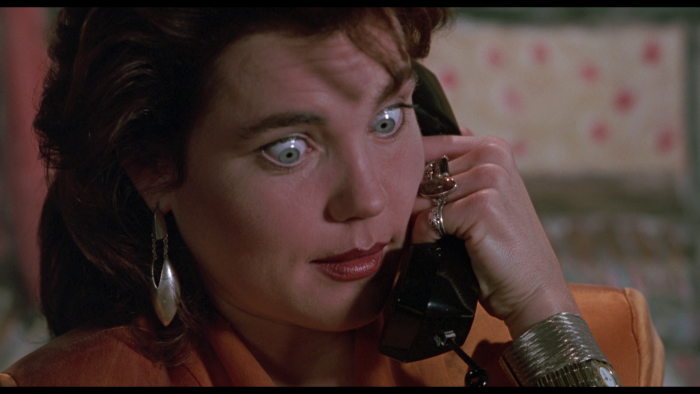 "The Favor" endured a rocky road to a theatrical release. It was filmed in 1990, willing to hire a young Brad Pitt for a supporting part as a hunky artist, just before his big break in "Thelma and Louise." However, due to bankruptcy issues with Orion Pictures, the feature actually crawled into theaters in 1994, where nobody made the trip to see it, despite the presence of Pitt, whose marquee value surged during the movie's lengthy time on the shelf. Watching the effort today, and even a 1990 production year seems too modern for the endeavor, as "The Favor" often resembles product from the mid-1980s, providing audiences with a moldy take on marital blues and escalating misunderstandings, with director Donald Petrie (then the helmer of "Mystic Pizza" and "Opportunity Knocks") trying to stitch together a proper farce with lackluster elements of comedy. It's halfhearted work at best, providing a vanilla viewing experience while downplaying edgier viewpoints on domestic satisfaction, secret desires, and an unplanned pregnancy. Read the rest at Blu-ray.com