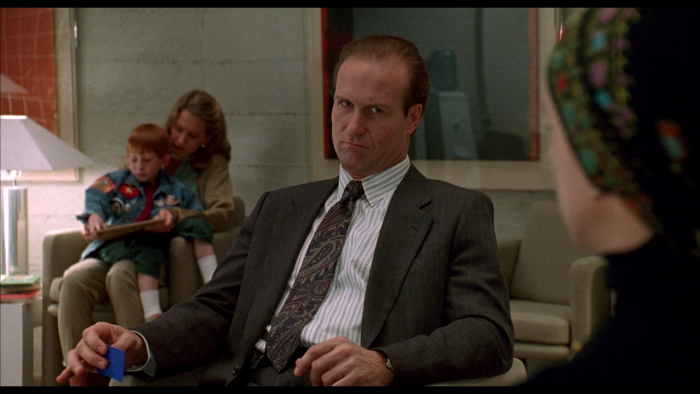 Director Randa Haines earned accolades and awards for her sensitive treatment of sexual abuse and incest in the 1984 television film, "Something About Amelia." But her career truly took off with 1986's "Children of a Lesser God," which managed to collect a Best Actress Oscar for actress Marlee Matlin, while her co-star, William Hurt, enjoyed a nomination for his work in the lauded feature. It took some time for Haines to return to the screen, but in 1991, she delivered "The Doctor," reuniting with Hurt for a semi-charged look at the inner workings of health care in America, taking inspiration from the book "A Taste of My Own Medicine," written by Dr. Edward Rosenbaum. The topic of finding compassion in an inherently cold, unwelcoming medical system is a bit of gimme, but "The Doctor" finds a direct way to address the inadequacies of the system, following and tweaking Rosenbaum's odyssey as a surgeon forced to experience the trial of treatment once he's confronted with a cancer diagnosis. Haines can't completely get her hands around every subplot in the movie, but her dedication to the humanity of the piece is remarkable, crafting something approachable for the mass audience that still retains emotional nuance and provides a careful challenge of hospital practices. Read the rest at Blu-ray.com