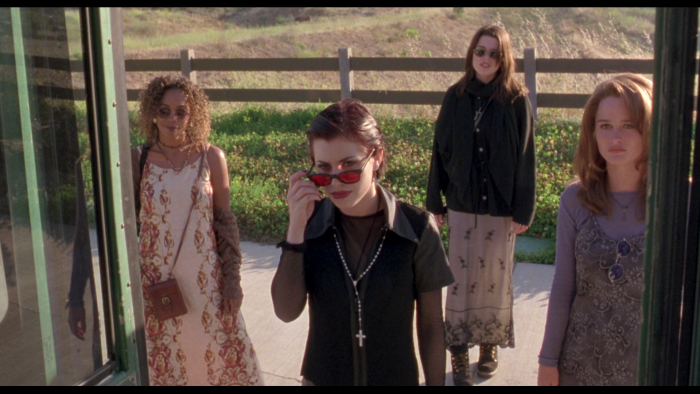 There's no greater pairing than the edge of teen angst and the power of witchcraft, and co-writer/director Andrew Fleming has a fine vision for high school hellraising in 1996's "The Craft." Bringing along stars Robin Tunney, Fairuza Balk, Rachel True, and Neve Campbell, Flemings taps into a primal need for magical control, exploring initial mischief from four teenagers looking to alter their lives through deals with the dark side, who soon come into contact with actual power to exact revenge on their hallway enemies and body issues. "The Craft" does a terrific job with introductions, offering a first half that details horrible behavior and physical pain attacked by rites and spellcasting, with Fleming playing up the demands of teen cinema while exposing a darker side to personal issues. "The Craft" is sharply observed and mindful of genre demands, also supplying lead performances that commit to the fantasy in full, with Balk especially crazed as the alpha witch gone bad. Read the rest at Blu-ray.com