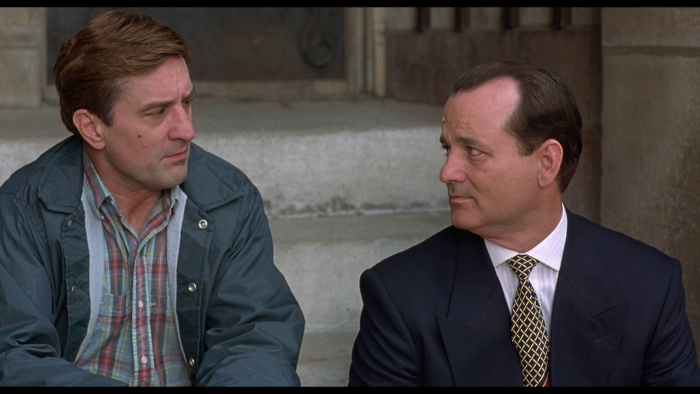 A writer specializing in gritty inspections of hollowed out souls, Richard Price looks to lighten things up after spending his early years in the industry crafting pictures such as "The Color of Money" and "Sea of Love." 1993's "Mad Dog and Glory" isn't a knee-slapper in the usual sense, but for Price, who rarely passes on adrenalized masculinity, this endeavor is practically a Billy Wilder film, surveying the accidental collision of crime and justice, and the woman caught up in the war of discomfort. Director John McNaughton ("Wild Things") tries to preserve as much Price as possible, delivering an intermittently calloused tale of romantic awakening dimmed by criminal entanglements, and he has a fine cast to help achieve unsteady tonality, with Robert De Niro and Bill Murray playing against type, trying to manufacture a special dance of intimidation with darkly comic timing. When it connects, "Mad Dog and Glory" is very funny and loose, but McNaughton doesn't always nail the special mood of the endeavor, often in a hurry to wrap up a story that needs more time to marinate. Read the rest at Blu-ray.com