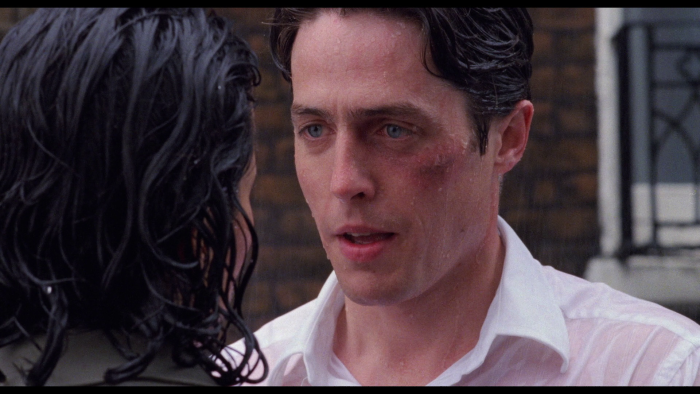 In 1994, "Four Weddings and a Funeral" wasn't meant to be much. It was a low-budget British production with a largely unknown cast, with Andie MacDowell offered up as the most defined star of the group, bringing a little bit of Hollywood to the effort. It was the second produced screenplay from Richard Curtis, who wasn't a brand name just yet, also providing work for director Mike Newell, who watched his 1992 feature, "Into the West," bomb at the box office. There wasn't a single distinguishing mark on the picture, and yet, through the miracle of word-of-mouth, the film managed to become one of the biggest sleeper hits of the 1990s, charming audiences with its offering of silliness and sincerity. Taking a long look at the rituals and camaraderie of social gatherings, Curtis strives to blend character-based shenanigans and longing with more chipper romantic comedy happenings, while Newell brings in Hugh Grant as his secret weapon, with the actor's charisma leading the charge, stammering his way into the hearts of millions. It's impossible to deny the hold "Four Weddings and a Funeral" had on audiences back in the day, managing to marinate in pop culture attention over the last 25 years. Is it a good movie? Yes and no, but in 2019, the endeavor's magic hasn't dissipated for many. Read the rest at Blu-ray.com