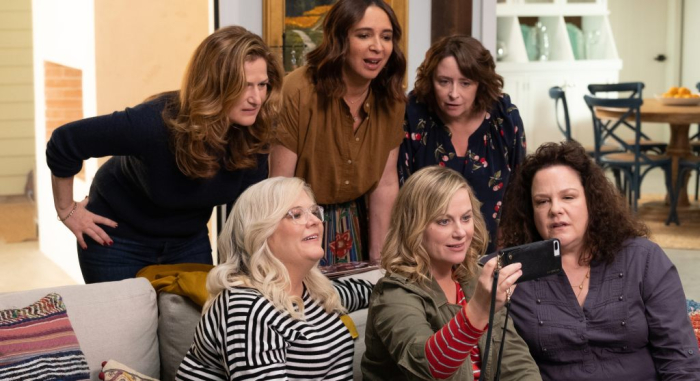 While dabbling in television direction, Amy Poehler makes her feature-length helming debut with “Wine Country,” and it’s amazing how long it’s taken her to make the career leap. To help cushion the experience, Poehler has stacked the cast with friends and frequent collaborators, trying to give the effort a lived-in feel to best support the material, which examines the anxious highs and lows of a 50th birthday party weekend in Napa Valley, California. Joined by screenwriters Liza Cackowski and Emily Spivey, Poehler guides a pleasingly scattered production, merging her skills with casual comedy with tales of tattered bonding, unleashing incredibly talented people on a production that welcomes shenanigans. There’s room for sobering realities, but “Wine Country” mostly remains silly and quite funny, with Poehler happy to let her cast run wild with emotional mood swings. Read the rest at Blu-ray.com