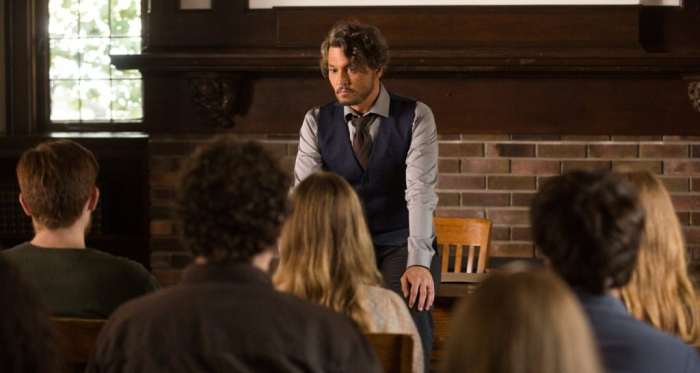 It’s been a long time since Johnny Depp played a normal human being. Perhaps he’s never played a role perfectly straight, at least since megafame arrived to claim his everyman appeal. “The Professor” provides the most earthbound Depp performance in a very long time, but that doesn’t mean the actor is ready to holster all his thespian quirks. Instead of Depp losing contact with reality to entertain himself, he’s challenged to play a man facing the end of his life, with all sorts of sobering feelings triggered after such a revelation. It’s not an easy turn for anyone, but Depp makes an attempt to dial down his eccentricities for writer/director Wayne Kramer, working hard to follow the helmer’s often bizarre tonal journey that begins with laughs and tries to end with tears, only most of the emotion doesn’t track as clearly as it should, periodically inspiring Depp to manufacture his own version of the movie with expected exaggeration. Read the rest at Blu-ray.com