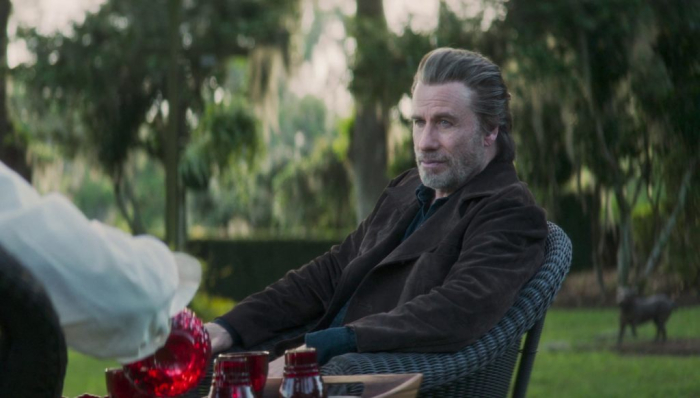 “The Poison Rose” is meant to be throwback entertainment, restoring an interest in noir entanglements that haven’t been a staple of big screen entertainment in quite some time. The production isn’t shy about its fondness for the genre, with the lead character living above a movie theater showing “The Maltese Falcon,” while a cat is named Raymond and a character is branded Chandler. I’m sure there are more references to be found, and perhaps finding these touches is more entertaining than the actual film. Loaded with characters and motivations, “The Poison Rose” is a buffet of dangerous activity from untrustworthy characters, but director George Gallo doesn’t show much enthusiasm for the construction of suspense, keeping the feature fatigued and overly expository, turning the central mystery into homework, unable to create a delicious cinematic stranglehold. The production wants the audience to know it understands the basics of classic noir, but it shows limited interest in becoming one. Read the rest at Blu-ray.com