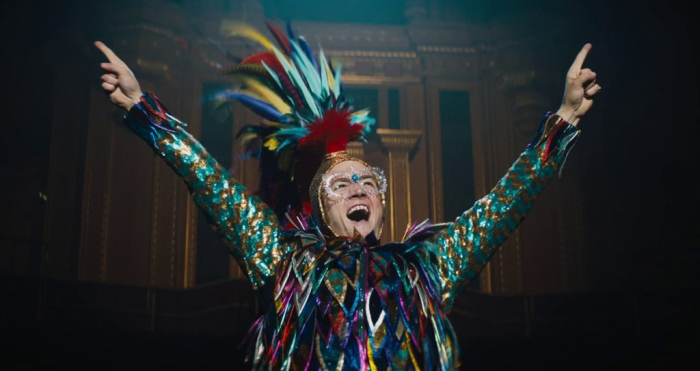 “Rocketman” has the appearance of a typical musician bio-pic, this time focusing on the highs and lows of Elton John as he grows from a musical prodigy to a rock star. It’s hard to doubt the routine of it all, with “Bohemian Rhapsody” smashing box office records and Motley Crue’s “The Dirt” capturing viewers on Netflix. “Rocketman” isn’t about to deny the popularity of tales involving musicians caught in psychological strangleholds, but this is Elton. Hercules. John. He’s one of the most flamboyant and popular entertainers around, but his life story isn’t complete, with screenwriter Lee Hall and director Dexter Fletcher transforming certain aspects of John’s experience into a jukebox musical that teases delightful fantasy, but mostly fixates on depression. The feature works to pry John open, inspecting his demons and dreams, but the movie only finds intermittent clarity. The rest is frustrating repetition, though star Taron Egerton makes it his personal mission to feel everything offered here in full. Read the rest at Blu-ray.com