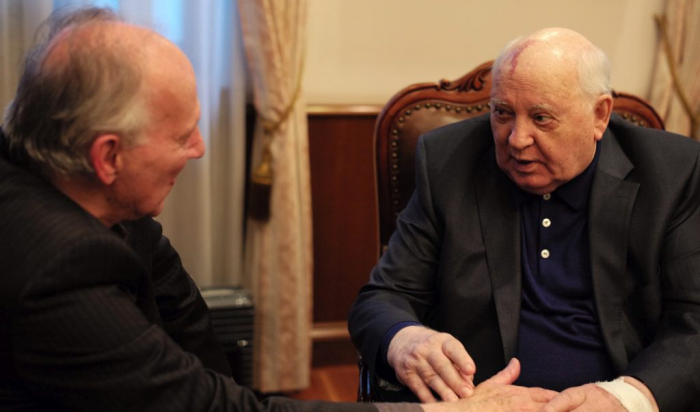 A lauded documentarian, Werner Herzog often brings his idiosyncratic point of view to his subjects, with a habit of making himself part of the informational approach, securing a defined personality when it comes to the examination of faraway places, future technology, and strange individuals. Herzog isn’t one to make a defiantly confrontational feature, but he’s not big on tongue baths either, with “Meeting Gorbachev” a rare shot of sunshine from the helmer, even while assessing the dark history of Soviet politics. Offered three chances to sit down with the former U.S.S.R. leader, and Herzog tries to remain on task with questions concerning the highs and lows of Gorbachev’s time in power, but he can’t help but feel for the subject’s unusual position as a man who sought clarity in the midst of Communist confusion. “Meeting Gorbachev” takes it easy on Mikhail Gorbachev, but that’s the idea, with Herzog most interested in identifying accomplishments and mourning a lost vision for sanity in an increasingly hostile world. Read the rest at Blu-ray.com