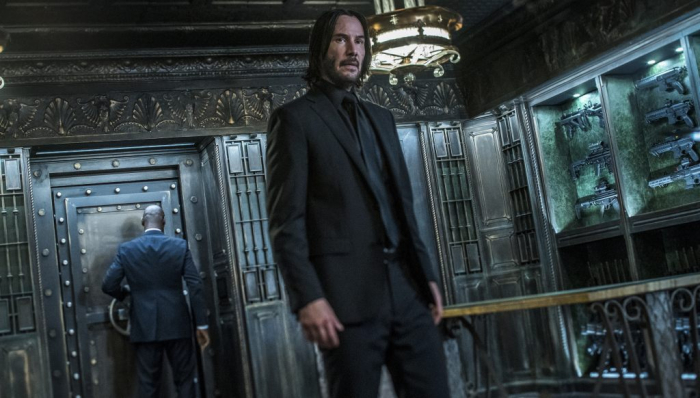 The genuine surprise of 2014’s “John Wick” led to the equally surprising “John Wick: Chapter 2,” which was the rare sequel to understand what made the original offering tick, electing to develop its strengths while gracefully expanding an assassin universe merely teased in the previous installment. The adrenaline rush should be weakening at this point, but nobody told that to director Chad Stahelski, who returns to active duty with “John Wick: Chapter 3 – Parabellum,” keeping up the good fight with an enchantingly chaotic second sequel that’s ready to deliver the battered and shattered goods once again, only this time there’s a distinct plan to move forward with the series instead of banging around from one sequel to the next. Keanu Reeves as John Wick. There’s not much more one needs from the saga at this point, but “Chapter 3” has plenty of eye-opening moments featuring blunt force trauma, and while Stahelski has some difficulty knowing when to cry uncle, he’s more than ready to showcase an exquisite display of stunt work. Read the rest at Blu-ray.com