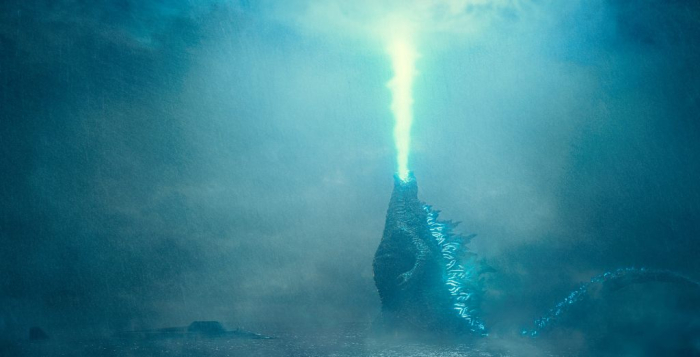 In this day and age, five years to wait for a sequel is an eternity. The success of 2014’s “Godzilla” wasn’t entirely a surprise, but the pump was primed for a continuation, building on the foundation poured by director Gareth Edwards, who made a specific creative choice to hold back some when it came to giant monster battles. The film was released, and then nothing. Well, at least until 2017’s “Kong: Skull Island,” which introduced the potential of Legendary Pictures and their “MonsterVerse,” creating a franchise battle plan for large things that smash. Finally, there’s “Godzilla: King of the Monsters,” which isn’t an improvement on the 2014 effort, but more of a direct response to criticisms of the previous movie. Co-writer/director Michael Dougherty (“Krampus”) has been ordered to lose Edwards’s restraints, mounting a more ferocious, action-packed continuation that dials up the noise and the property destruction to give fans the viewing experience they want. And in this feature, titans unleashed is always preferable to humans talking. Read the rest at Blu-ray.com