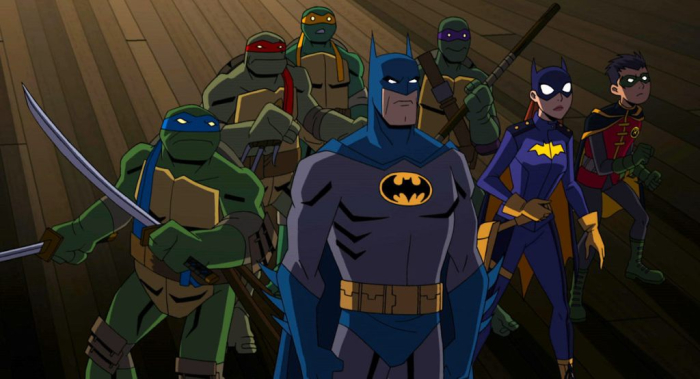 They combined forces on comic book pages, and now they’re set to conquer animation. “Batman vs. Teenage Mutant Ninja Turtles” brings together two beloved superhero properties, though with wildly disparate backgrounds and standings in pop culture history. Screenwriter Marly Halpern-Graser completely understands the assignment and does a terrific job uniting Batman and the Turtles to face a common foe. A few of them, actually. Action-packed and humorous without being excessively goofy, “Batman vs. Teenage Mutant Ninja Turtles” does really well within budget animation standards, with director Jake Castorena presenting a stylized, PG-13 extravaganza that’s peppered with enjoyable characters and major showdowns, giving fans the breezy, bruising sit they’ve been waiting for. Read the rest at Blu-ray.com