Film Review - All Creatures Here Below 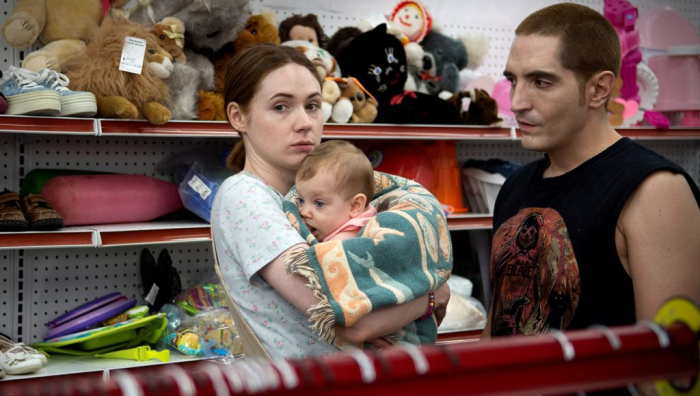 David Dastmalchian makes his feature-length writing debut with “All Creatures Here Below,” and the actor makes a leap to take control of his career as a character actor, scripting himself a leading role in this downbeat drama. Taking inspiration from Terrence Malick and John Steinbeck, Dastmalchian and director Collin Schiffli present an American story of poverty and travel, trying to find the humanity in pure survival and denial. This is a not a cheery tale of misbegotten liberation, it’s something far grittier and troubling yet impressively managed by the production, which manages to find poetry within a dire living experience. Dastmalchian isn’t afraid to go to dark spaces with the material, but his attention to character behavior cuts through any bleakness, getting to know the personalities presented with unsettling intimacy. Read the rest at Blu-ray.com