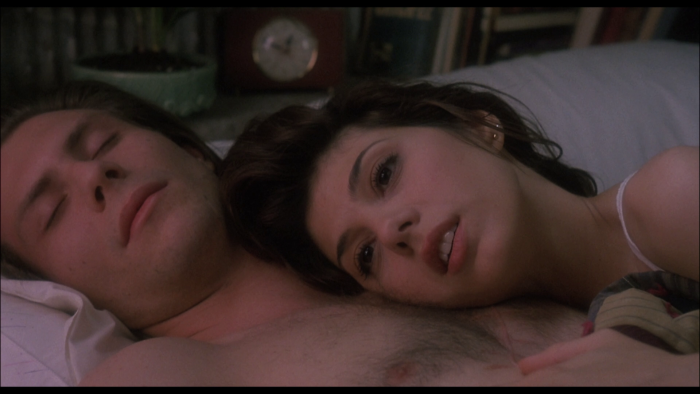 Director Tony Bill started his career making gentle pictures about human concerns. He dealt with friendship in 1980's "My Bodyguard," and finality in 1982's "Six Weeks," returning to the land of tearjerker entertainment with 1993's "Untamed Heart." Working from a screenplay by Tom Sierchio, Bill aims to create an unabashedly earnest film about love and devotion, pulling the characters away from gritty authenticity for 100 minutes of sweetened romance, inching toward a fairy tale with this story of two sensitive people finding each other in an unusual way. "Untamed Heart" isn't for cynics, as Bill doesn't weigh the feature down with too much of the hard stuff, preferring to remain in a glow of attraction and protection, touching on mild fantasy overtones that probably wouldn't hold up in the cold light of day, but connect beautifully in the seasonal light. Performances from Christian Slater and Marisa Tomei secure Sierchio's aim to create a something of a cosmic connection between lost souls, while Bill stays in touch with the fragile atmosphere of the movie, which is captured in a deeply heartfelt way. Read the rest at Blu-ray.com