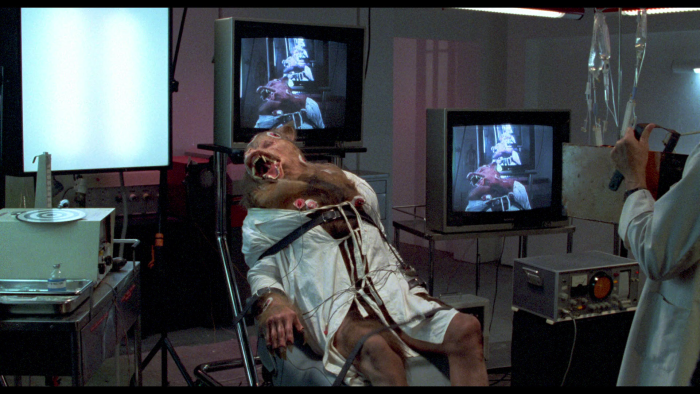 Much like the numerous films based on "The Amityville Horror," "The Howling" has also inspired a franchise where the installments have very little to do with one another, going down their own path with different producers and behind-the-scenes talent, trying to use brand recognition to lure viewers back into the depths of low-budget horror entertainment. Writer/director Philippe Mora certainly couldn't be faulted for trying to change his approach to the series, with his "Howling II" entering production with a certain attempt at menace, ending up something wacky and crudely exploitative, a far cry from Joe Dante's 1981 achievement. Unwilling to accept the results, Mora returns to action with "The Howling III," which doesn't have anything to do with the previous chapters, retreating to the wilds of Australia to contort werewolf myth into a cinematic offering that's greatly influenced by its surroundings, emerging with a genre romp that's more humorous than horrifying, and rarely does it make much sense. Read the rest at Blu-ray.com