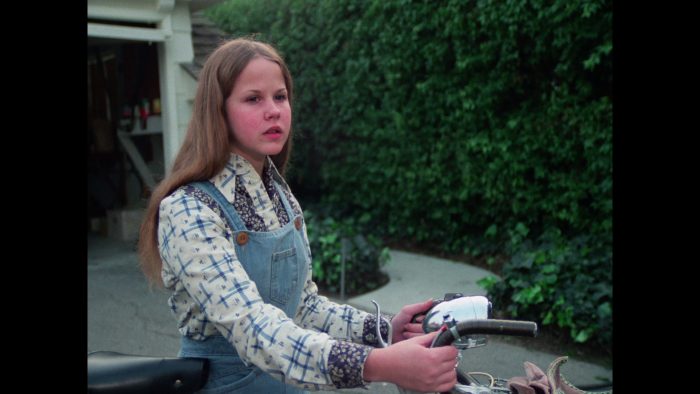 1975's "Sarah T. – Portrait of a Teenage Alcoholic" endeavored to continue a tradition that was developing during the 1970s, where producers were getting the idea to bring adolescent issues to prime time television. It was the playground of "After School Special," but such message-minded storytelling was ready to be experienced by a multi-generational viewing audience, giving the concerns of confused young people a prime slot for massive viewership. Films like "Born Innocent" also offered a glimpse of Linda Blair, who became one of the biggest stars in Hollywood after her role as the cursed child Regan in "The Exorcist," gifting the actress continued onscreen agony as she played a runaway, soon graduating to a secret alcoholic in "Sarah T." Brought on for her innocent look and comfort with darkness, Blair delivers a strong performance as the titular juvenile, tasked with communicating the pain and confusion of a youngster caught up in something she doesn't understand and doesn't care to address, while director Richard Donner finds economical ways to convey such growing distress, guiding a collection of dependable actors to back up Blair in this compassionate study of abuse of all kinds. Read the rest at Blu-ray.com