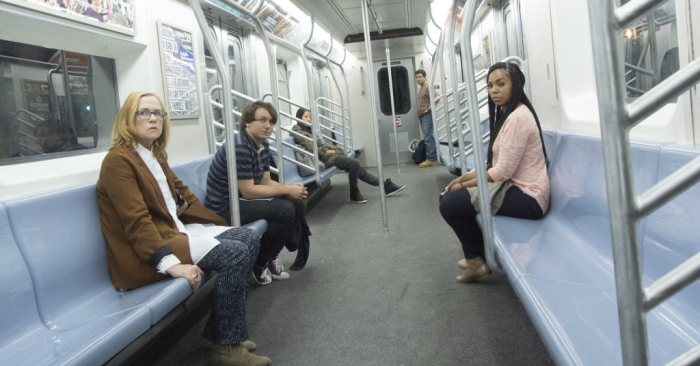 Musicals are back in style thanks to the likes of “La La Land” and the inexplicable success of 2017’s “The Greatest Showman.” Audiences are in the mood for grand displays of singing and dancing, whisking them away to areas of fantasy and emotion that can only be reached through the majesty of Hollywood magic, boosted with some old-fashioned star power. “Stuck” doesn’t have much pixie dust, offering viewers a small-scale tale of personal connection among strangers trapped in a subway car. There’s not much room for movement or epic showcases of style, but writer/director Michael Berry (adapting a musical play by Riley Thomas) is determined to make something meaningful with the little material he has, aiming for heartfelt exchanges over splashy entertainment, laboring to make “Stuck” matter where it counts the most. Read the rest at Blu-ray.com