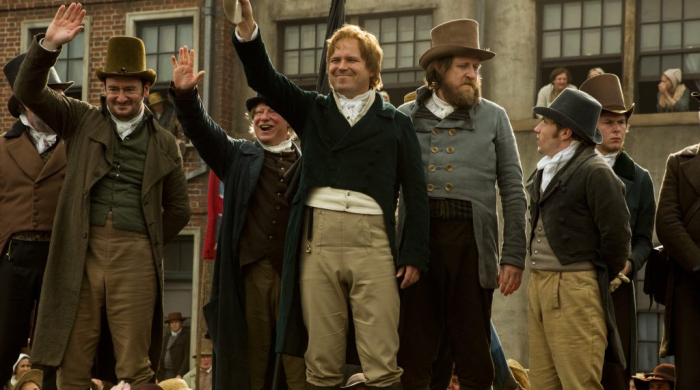 Writer/director Mike Leigh is not one to get all riled up for his screen endeavors. He’s quick to anger, certainly, but his features mostly take a humanistic look at behavioral failures and interpersonal connections, while his last film, 2014’s “Mr. Turner,” was a bio-pic about a painter. Primarily drawn to domestic dramas, Leigh aims for a grander scope with “Peterloo,” which depicts an 1819 event where the ruling class, in an effort to stop a peaceful demonstration, ordered violence to silence the needy, resulting the wounding of hundreds and the deaths of many. “Peterloo” isn’t a precise picture, with Leigh once again indulging himself with an unnecessary run time (155 minutes), but there’s fury here, at least in spurts, with the normally placid helmer bulging a few veins as he mounts a historical drama featuring a multitude of characters and a political backstory that’s never completely committed to being educational. Read the rest at Blu-ray.com