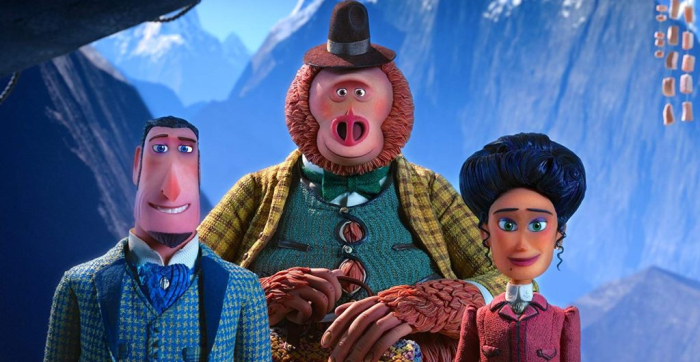 Stop-motion animation studio Laika has focused intently on the creation of artful endeavors for a family audience. They’ve rarely compromised, which has limited their box office appeal, but it’s resulted in a string of gorgeously crafted, adventurous tales of fantasy and beyond, reaching a sort of creative pinnacle with 2016’s “Kubo and the Two Strings.” Their latest effort is “Missing Link,” which plays like a reaction to the tepid financial response to “Kubo,” with Laika slipping into Aardman Animations territory, dialing up comedic appeal and cartoon design to reach an audience that’s been hesitant to spend their matinee dollars on semi-challenging work. “Missing Link” is a charmer and features the company’s exquisite attention to frame detail, but it can’t shake the traditional coldness of Laika’s output, often caught straining to be whimsical in a largely laugh-free endeavor. Read the rest at Blu-ray.com