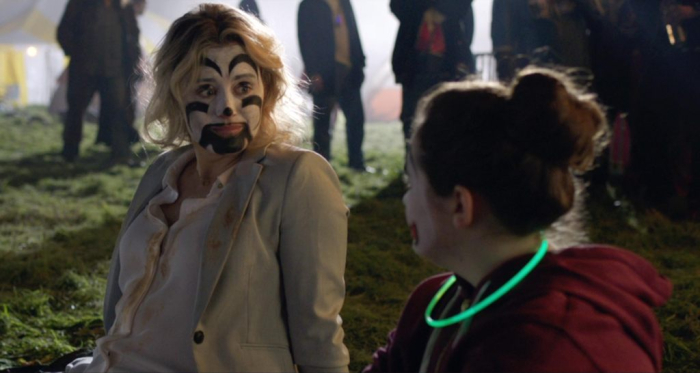 “Family” uses the world of the Insane Clown Posse to explore the nature of belonging and connection. It’s not exactly the first example that comes to mind with considering the warmth and dependability of community support, but writer/director Lara Steinel enjoys the extremity, wisely throttling ICP involvement as she examines a tale of a woman and her niece trying to figure out their place in the world when so-called normality just doesn’t fit their needs. Steinel invests in jokes and heart, and she makes a frequently hilarious movie with “Family.” Perhaps it’s a little undercooked in some areas of the screenplay, but Steinel gets to the point with the effort, also using star Taylor Schilling in a previously unseen way, with the actress exploring newfound deadpan silliness in what turns out to be one of the best performances of her big screen career. Read the rest at Blu-ray.com