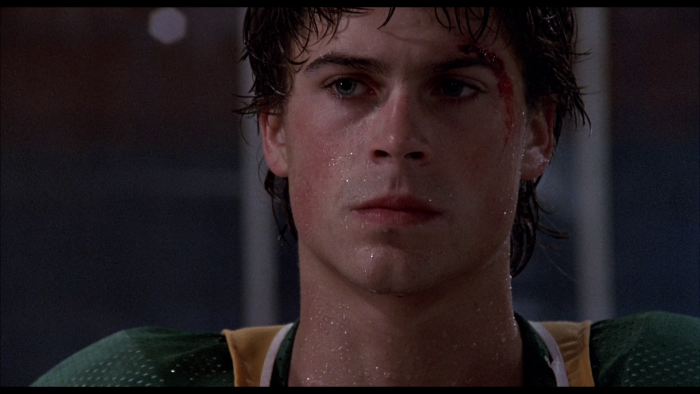 "Youngblood" was released in 1986, during a time when Rob Lowe was enjoying plenty of attention for his extreme good looks, pushed into the role of a teen dreamboat after his turn in "The Outsiders," while his appearance as the hot sax-wailing underachiever in "St. Elmo's Fire" transformed him into a star. It's hard not to see his role in "Youngblood" as an effort to butch up his screen appeal, participating in a junior league hockey drama that has the actor being authentic, romantic, and involved in several fights, even losing a tooth along the way. It's not Lowe's finest hour as an actor, but he does what he can with the feature, as writer/director Peter Markle is caught between his desire to showcase the rough ins and outs of the sport as it's played in the corners of Canada, and producers who want something along the lines of a chillier "Karate Kid," putting the star in an underdog position, requiring help from wizened elders. Markle has his creative successes here, but he's also pulled into the black hole of melodrama one too many times, diluting the real flavors of the material, which are always found on the ice, not in the heart. Read the rest at Blu-ray.com