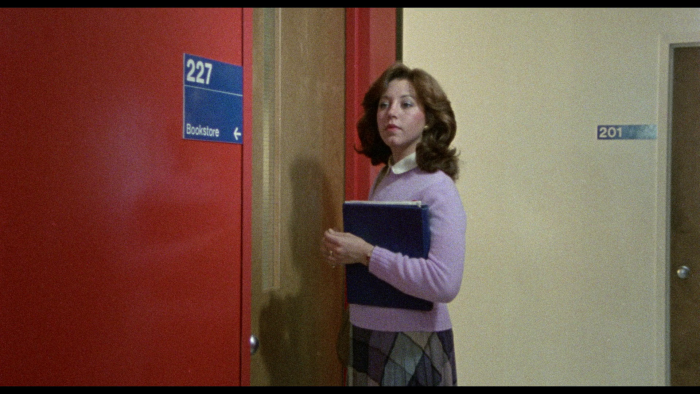 As slasher cinema rode a wave of popularity in the 1980s, anyone with basic budgetary means wanted in on the lucrative potential of the subgenre. Troma Entertainment was no different, trying to make 1984's "Splatter University" a player in the kill-em-all game, giving the feature a push as the next big thing in slaughterama entertainment. Director Richard W. Haines ("Class of Nuke 'Em High") tries to do his duty as a helmer of B-level hellraising, coming up (with the help of multiple screenwriters) with a decidedly formulaic take on murder, turning to a collegiate setting to unleash a knife-wielding killer on the students and staff. "Splatter University" provides some jolts with graphic special effects and a genuinely surprising conclusion, but Haines has no coin to work with, forced to keep stylistics to a bare minimum, while storytelling is generally ragged, fighting confusing detours and limp characterization while he tries to mount a successful whodunit, and one that's covered in blood and guts. Read the rest at Blu-ray.com