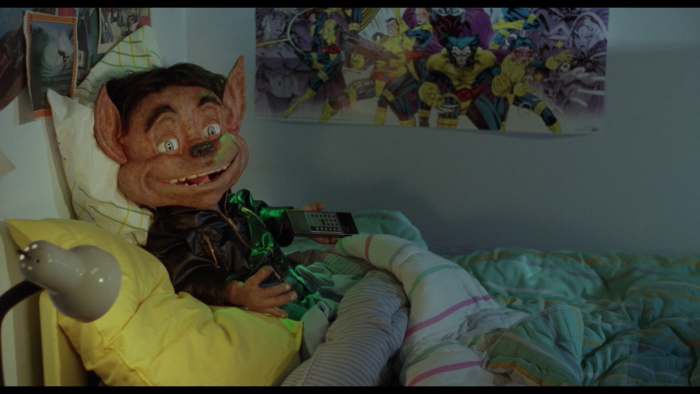 There are many great mysteries of filmmaking. What did Bill Murray whisper to Scarlett Johansson at the end of "Lost in Translation"? Is Deckard a replicant in the "Blade Runner" universe? And why is "Munchie" considered a sequel to "Munchies"? Only producer Roger Corman knows for sure, with his New Concorde studio needing something, anything to help support this family film offering from a company that typically specializes in more aggressive entertainment. 1992's "Munchie" has nothing to do with 1987's "Munchies," from tech credits to creature design, with co-writer/director Jim Wynorski tasked with engineering his own take on the genie in a bottle premise, making a cinematic mess with a three-foot-tall monster voiced by Dom DeLuise. The helmer isn't out to scare with this supposed second chapter in Corman's "Gremlins" rip-off universe, and he mercifully avoids trying to build on what came before, preferring to craft his own B-movie distraction that's admittedly painful to watch at times, but also offers periodic inspiration, emerging in the form of wisecracks, casting, and general impishness. Read the rest at Blu-ray.com