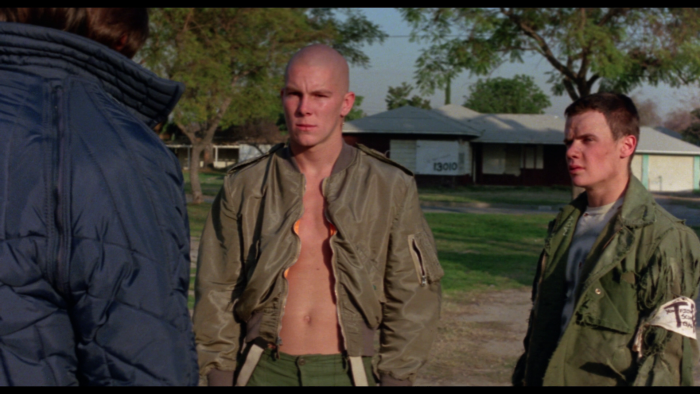 Penelope Spheeris is one of the only filmmakers to attend Punk University. The helmer of the 1981 documentary, "The Decline of Western Civilization," Spheeris spent a substantial amount of time covering the punk scene, getting into the subculture to dissect its music and fanbase, trying to understand what made the movement tick. Such an education clearly dominates the creation of 1983's "Suburbia," with Spheeris heading back into the mud pit of neglected youth, this time using dramatics to help sort through young characters trying to make sense of their rotten lives. "Suburbia" has the electricity of "The Decline of Western Civilization" at times, but it's also clumsy work from an inexperienced writer/director, with Spheeris getting carried away with tragedy and confrontational behavior, trying to make a point about generational hostility that never comes together as profoundly as she imagines. It's a helluva time capsule, but not something that's particularly heartbreaking. Read the rest at Blu-ray.com