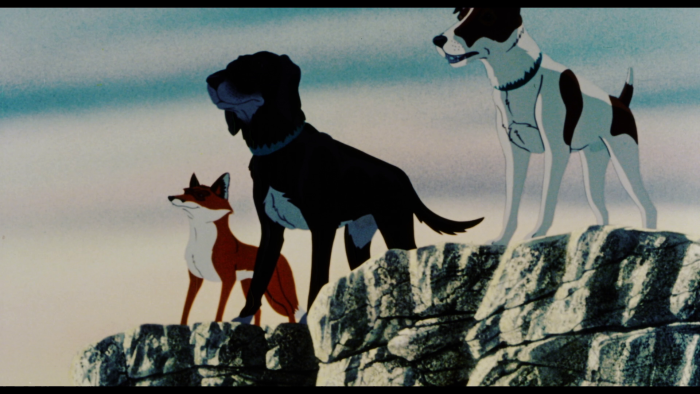 Director Martin Rosen wanted to make animated films for a slightly older audience, eschewing the lure of creating cartoons for all ages, trying to craft something distinct for crowds craving a more sophisticated look at the storytelling art form. 1979's "Watership Down" turned out be a hit for Rosen, with his gamble to craft a more severe tone for his adaptation of Richard Adams's celebrated novel paying off, creating a legion of fans that remains to this day. Pressing his luck, Rosen returns to Adams for his follow-up, taking on the considerable challenge of bringing "The Plague Dogs," his 1977 book, to the screen, and doing so with even more attention to the reality of dramatic entanglements for the main characters. If "Watership Down" was mildly unsettling, "The Plague Dogs" is likely to put many viewers into the fetal position, though Rosen manages such bleakness with wonderful artistry and voice talent, giving this summation of animal cruelty and survival need texture and soul as it deals with unthinkable horrors facing its cast of stressed animals. Read the rest at Blu-ray.com