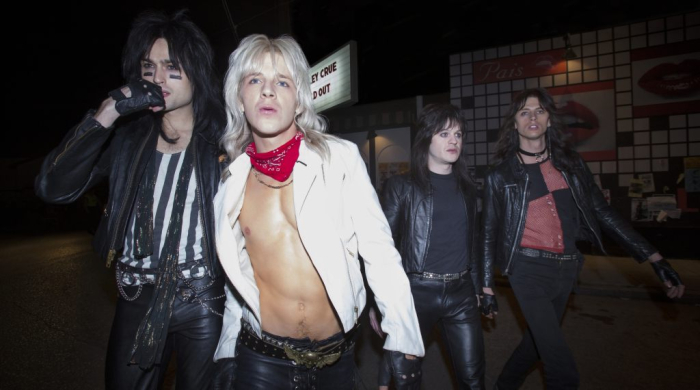 Rock bio-pics are all the rage these days, and after the massive success of “Bohemian Rhapsody” (the story of Freddie Mercury and Queen), “The Dirt” is the first to follow in its wake (Elton John’s “Rocketman” is due in May). However, instead of soaring ‘70s rock and the miracle of a singular voice, “The Dirt” chronicles the rise of Motley Crue, who were beloved musicians, but perhaps best known for their sex, drugs, and rock and roll lifestyle, which they flaunted for the extent of the 1980s. While it’s an adaptation of the band’s 2001 book (written with Neil Strauss), director Jeff Tremaine (“Bad Grandpa”) only has so much screentime to work with while trying to wrap his arms around the group’s colorful history. It’s a bit of a narrative mess, but the spirit of Motley Crue remains in the picture, which is one of the only films that dares to open with a scene highlighting female ejaculation, taking on the challenge of topping such a visual with the rest of Motley Crue’s sordid history. Read the rest at Blu-ray.com