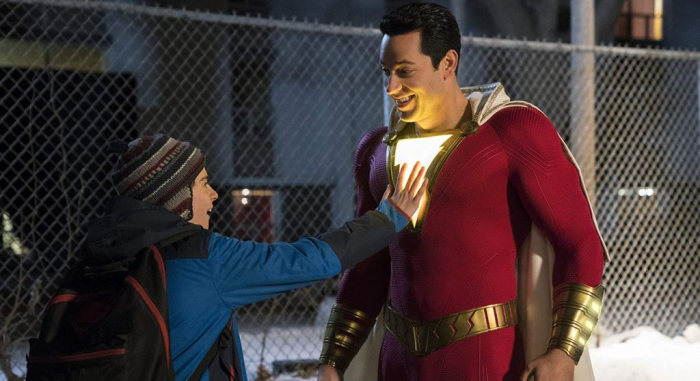 After the success of last December’s “Aquaman,” D.C. Entertainment continues the general brightening of the DC Extended Universe with “Shazam.” The character (also known as Captain Marvel, though not anymore for obvious reasons) dates back to 1939, with a movie serial from 1941 exploring the magic powers of Billy Batson and his special incantation, but the superhero hasn’t been explored much since, making this major motion picture the first blockbuster-style rendering of a character who doesn’t lend itself easily to cinematic storytelling. “Shazam” arrives with a big spirit and an impish sense of humor, but it’s an unwieldy feature, with director David F. Sandberg (“Lights Out,” “Annabelle: Creation”) mismanaging tone as “Shazam” swings from silly business to mass murder. While loaded with good intentions, it’s an overlong, underwritten film with casting issues, giving Shazam a rocky introduction to the big screen world of costumed heroism. Read the rest at Blu-ray.com