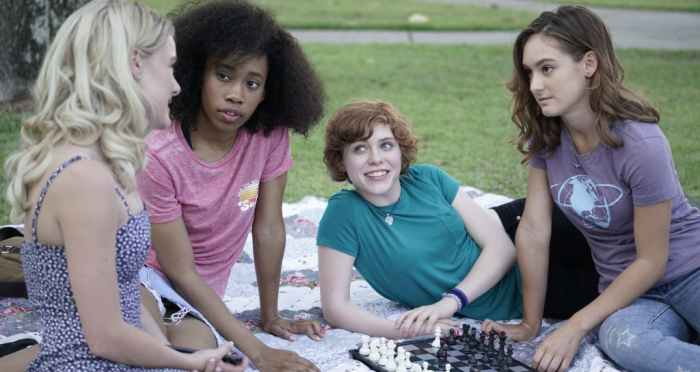 The history behind the young detective Nancy Drew is vast, dating back to her literary debut in 1930. Every now and then, Hollywood endeavors to revive the franchise, with many television and film adaptations striving to update the character for modern audiences, giving old-fashioned sleuthing a trendy twist. “Nancy Drew and the Hidden Staircase” is no different. The production works to keep things current to best engage an easily distracted audience, and they have a special star in Sophie Lillis, who contributed greatly to the monster success of 2017’s “It.” Lillis picks up the flashlight and unstoppable curiosity for this fresh round of clue gathering, and she’s the brightest thing in the feature, which is best appreciated with lowered expectations, offering mildness for the target demographic, while Lillis comes ready to play. Read the rest at Blu-ray.com