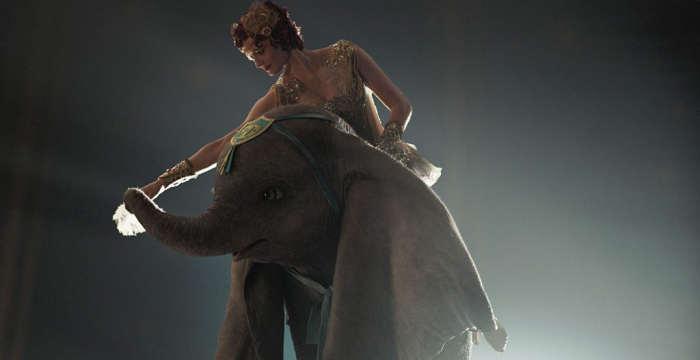 In a way, we have Tim Burton to thank for the current state of Disney business. The eccentric helmer elected to bring his wilder visions for fantasy entertainment to the company when they decided to transform their animated classic, “Alice in Wonderland,” into a live-action epic, trusting in Burton’s ability to conjure enough oddity to make the experiment interesting. The film was a dreary mess, but it connected with audiences, grossing a billion dollars worldwide, giving Disney the green light for additional live-action translations, including “Cinderella,” “Beauty and the Beast,” and “The Jungle Book.” “Dumbo” is the latest hand-animated gem to be reworked, and the first of three productions the studio has planned for the year. Burton, needing a career boost, returns to duty with his take on the famous flying elephant, once again prizing style over substance, but here the visuals are amazing, almost making the bloated, oppressive viewing experience worth enduring. Read the rest at Blu-ray.com