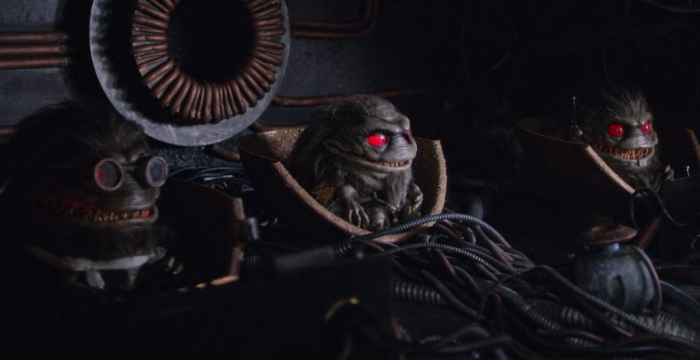 There hasn’t been a new “Critters” adventure since the release of “Critters 4” all the way back in 1992. It’s a mini-monster franchise that weirdly hasn’t been touched over the decades, with a devoted fanbase left with little to enjoy beside the original films, and even those are problematic, with the quality of the last two installments nowhere near the B-movie delights of the first two chapters. Coming out of the blue is “Critters: A New Binge,” which isn’t a feature, but a streaming series consisting of eight mini-episodes (most clocking in under 10 minutes) meant to reintroduce the skin-tearing mischief of the Crites to the faithful and possibly make new fans along the way, with co-writer/director Jordan Rubin (“Zombeavers”) tasked with updating the showdown between an intergalactic menace and hapless humans, working to add fresh challenges to help kickstart a new franchise direction. Read the rest at Blu-ray.com