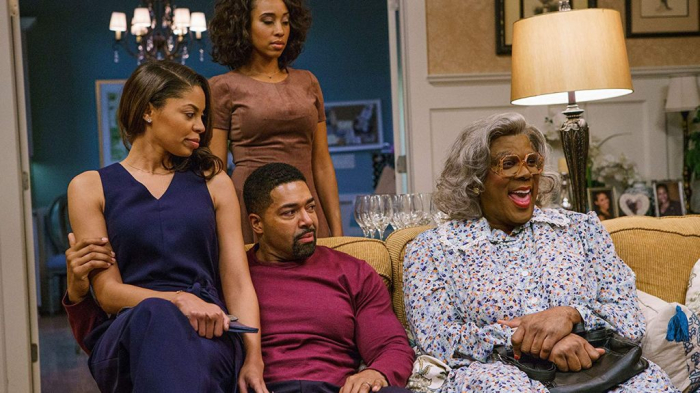 Tyler Perry has declared “A Madea Family Funeral” to be the titular character’s last movie. Perry isn’t threatening retirement, but it seems age is catching up to the mogul, who’s ready to hang up the wig, muumuu, and swinging breasts that initially made him a fortune. There’s no way Perry is going to follow through with this promise, but let’s pretend for a minute that “A Madea Family Funeral” is truly the last cinematic at-bat for the wild personality, capping a big screen journey that’s been going on since 2005, spread out over ten features (and one DTV animated picture). Because if this is truly the last time Madea is going to raise hell on-screen, Perry has crafted an absolute airless dud to see her off, putting in as little effort as humanly possible as he switches to autopilot, letting the Perry brand of volume and nonsense carry the endeavor. It’s not that Madea deserves a royal sendoff, but surely an actual film would’ve been nice. Read the rest at Blu-ray.com