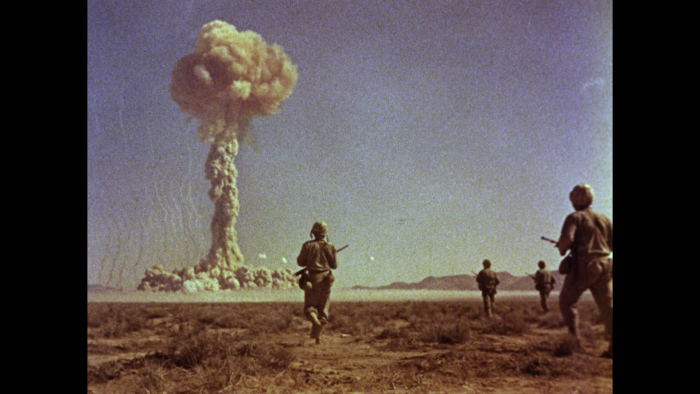 "Funny" is a word that's often associated with 1982's "The Atomic Café." Such promise of humor is stamped all over the promotion of the picture, with nervous distributors trying to lure viewers who wouldn't normally be interested in an 87-minute-long summary of American leaders lying to the public about the true destructive possibilities of an atomic bomb blast. Funny this movie most certainly isn't, but I suppose the actual toxicity of this darkness is subjective, with "The Atomic Café" more of a skillful assembly of footage than a knee-slapper. Directors Jayne Loader and Kevin and Pierce Rafferty spent years stitching together a look at the development of American paranoia and hubris, and they end up with an eye-opening examination of Atomic Age denial and experimentation, delivering, without narration, an extraordinary view of military power and those tasked with deflecting attention away from surefire dangers during a time of reckless experimentation. Read the rest at Blu-ray.com