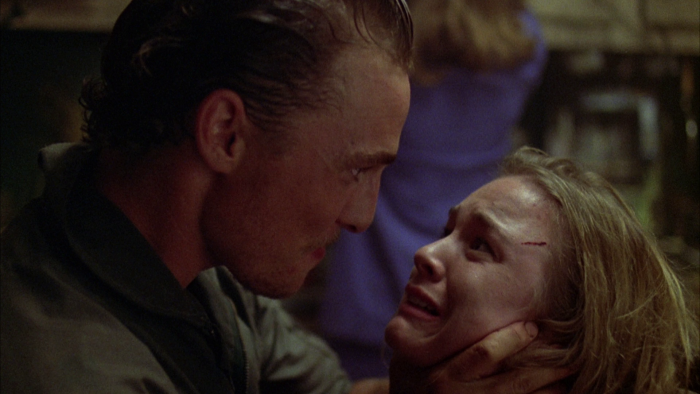 Kim Hinkel scripted the original "Texas Chain Saw Massacre," watching as the little southern horror movie developed into a behemoth at the box office, becoming a sensation at the time and, eventually, a classic. Hinkel was shut out of the two sequels that followed, but resurfaced in 1994 with renewed interest to reclaim his original creation. "Texas Chainsaw Massacre: The Next Generation" is Hinkel's ship and he's content to steer it into murky storytelling waters, hoping the brand name might cover for many issues with the screenplay and filmmaking. Henkel aims for reverence with a semi-remake, but he comes up short in the imagination department, finding the highlights of "The Next Generation" ones that simply recycle Hooper's ferocity and rural Texas madness. Read the rest at Blu-ray.com