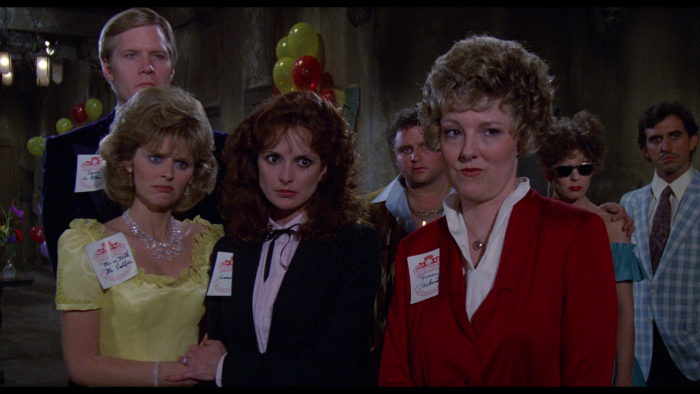 We live in a day and age when a hit movie is often met with sequels and knockoffs in a year, with Hollywood speeding up their game to secure audience attention, often fearful that waiting to cash-in on a smash will result in swift disinterest. For National Lampoon, the hunt to follow-up 1978's "Animal House" resulted in a lengthy delay, creating a four year wait for 1982's "Class Reunion" (1981's "Movie Madness" was released in 1983), which is an eternity for any company, giving the faithful a chance to seek ribald pleasures elsewhere. Not helping matters is the actual quality of "Class Reunion," with the comedy trying very hard to be the most hilarious release of the film year, only to whiff with every punchline and bit of physical humor. It's an awful effort from director Michael Miller, who doesn't display awareness of funny business finesse, instead using a sledgehammer on sly jokes and tasty parody, keeping the endeavor as far away as possible from the weirdness it craves. Read the rest at Blu-ray.com